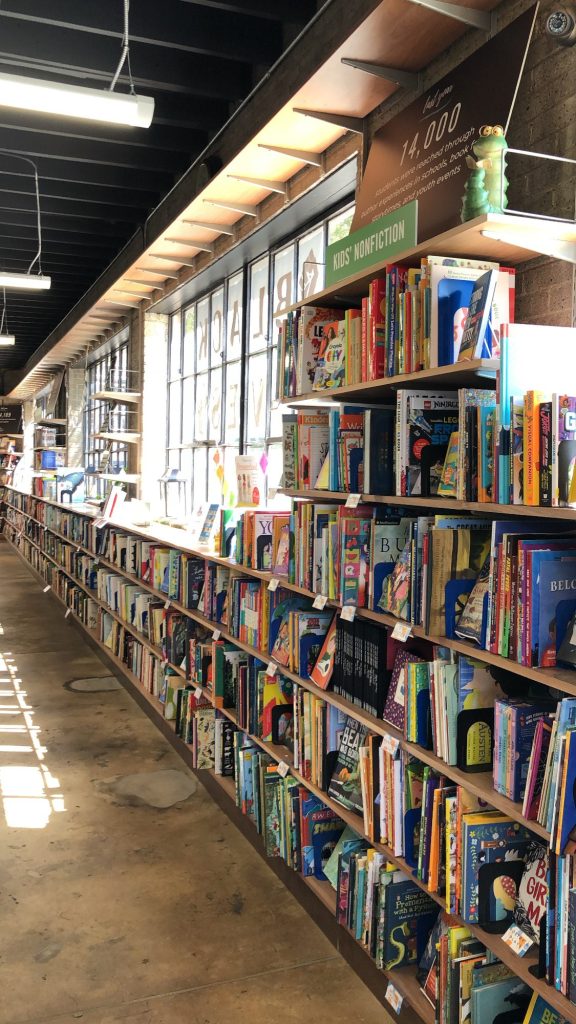 This month features 3 mystery novels that you can find at Bookmarks. Our reviewers are all local Winston-Salem readers, so get to know them after their reviews!

Dava Shastri’s Last Day by Kirthana Ramisetti is a beautifully written journey of spending time with loved ones, the dynamic of a large family (something with which I am intimately familiar), and how impossible it is to prepare oneself for grief, whether months in advance or at a moment’s notice.

Dava Shastri is a strong, independent woman who has become an extremely successful philanthropist through many different butterfly-effect moments. Whether it was the fateful trip with Peace Corps, her time in the UK abroad, or hiding in a closet on a Thanksgiving afternoon, Dava becomes someone to admire and feel close to as one continues reading the stepping stones to her last few moments. Ramisetti intertwines Dava’s life story with interactions between their extended family members during her final days before death. I found myself gasping for breath at different moments as the elegant star’s life is revealed, then again in the aftermath of her death.

This novel brought me on a journey similar to my own with grief; everyone who as lost a loved one wishes they had a few more moments with them, just like Dava’s family. Ramisetti paired the emotions I felt when reading We Were Liars by E. Lockhart and The Seven Husbands of Evelyn Hugo by Taylor Jenkins Reid with lighthearted, sometimes cutthroat, but the realistic family dynamic of Knives Out (2019).

All Her Little Secrets by Wanda Morris

In this timely debut thriller, our protagonist is Ellice Littlejohn, a successful black lawyer working at a large corporate Atlanta firm. The firm is embroiled in a PR scandal for its discriminatory hiring practices, and as one of the few people of color on the payroll, Ellice mostly keeps her head down. That is, until she arrives to work one day to find her boss—with whom she had been having an affair—slumped over his desk, dead from a gunshot wound to the head. When she turns on her heel and carries on as if she has seen nothing, events begin to unfold that bring to light not only her traumatic past, but a network of corruption and menacing ideology in which she has become embroiled.

This novel reads like an episode of Law and Order and lands like the film Get Out, its cast of characters replete with simpering faces of the Old South, in turns fawning over and threatening their “token” black executive. Its lightning quick plot development and dialogue-heavy text is interwoven with flashbacks in time that both clarify Ellice’s choices and deepen the struggle she faces. Despite her immense pain, she holds a deep and abiding love for her childhood guardian and kid brother. In the wake of devastation for Ellice, this love is the hopeful anchor of her story.

CW for All Her Little Secrets: rape, child abuse, racism

No Memes of Escape by Olivia Blacke

In her second book with waitress Odessa Dean, author Olivia Blacke gives us a contemporary take on a cozy mystery. Just six weeks into her 3-month apartment sitting gig, 20-something Odessa is involved in a murder. The murder occurs in an escape room with Odessa’s friend Izzy’s childhood friends. However, Odessa is preoccupied with something else rather than investigating the murder: her aunt has returned earlier than expected and wants the apartment back to herself. Odessa has fallen in love with New York City and doesn’t want to return home to Louisiana, but she can’t afford her own apartment on her waitress salary. Only when Izzy comes under suspicion does Odessa reluctantly and half-heartedly begin to investigate.

Almost three hundred pages in, both the murder and Odessa’s housing problem are solved through very little effort on Odessa’s part. The investigations that Odessa undertakes seem to be a side story to the author’s lovingly detailed portrayals of Brooklyn’s Williamsburg neighborhood, Staten Island, Manhattan’s Alphabet City neighborhood, vegan food, local brewed beer, and social media memes. For this reader, the story was a better travelogue than mystery.