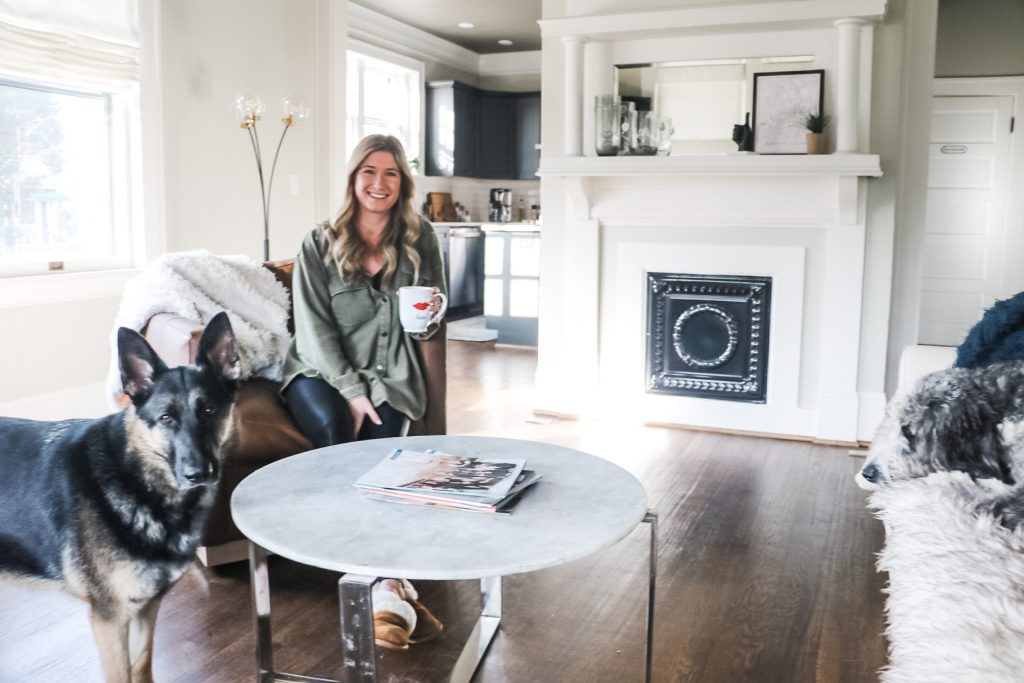 Get to know Brooke Eagle, the publisher and force behind Forsyth Woman magazine.

After ascending the stairs to the front porch, the door slowly opened and I was initially greeted by two large dogs with investigative barks followed by friendly tail wags. Brooke Eagle kindly welcomed me into her home, also her place of work, and made a pot of coffee as the morning light glinted through the kitchen windows on the East side. Eagle is the publisher of Forsyth Woman Magazine, a publication that seeks to empower women in the community through journalism, collaboration, business recognition, female leadership, and community events.

Forsyth Woman (FW) was initially created in 2005 by Eagle’s mother. The magazine continues to publish about 10,000 magazines per month and is freely distributed around the city. Over the years, the business expanded to include Forsyth Magazine brand with online platforms, a podcast, social media, and events such as a monthly girls’ night and a conference called Women on the Move featuring local female speakers.

“People trust print; it’s authentic, but I think it’s really exciting that we can expand our business,” said Eagle.

Eagle began working as an associate editor at Forsyth Woman shortly after graduating from college. She has served in various leadership positions in the city, including president of Professional Women of Winston-Salem and more recently as president of the Lewisville Clemmons Chamber of Commerce. In 2020, she became publisher of Forsyth Woman magazine. She speaks with enthusiastic passion about the magazine, citing favorite columns and magazine cover shoots while speaking highly of her colleagues.

Covid posed some unexpected challenges as a business owner as many of the FW distribution locations were shut down. For a few months, the magazine experienced reduced advertising, but they were able to utilize their social media accounts and podcast platform to disseminate information. Eagle mentioned the powerful camaraderie she witnessed in Winston-Salem through COVID, specifically businesses supporting each other.

Eagle joyfully noted the “community over competition” mindset that Winston is displaying, especially through the last couple of years. She enjoys taking walks with her dogs through downtown, attending Crossfit classes, and savoring how much people genuinely love this city.