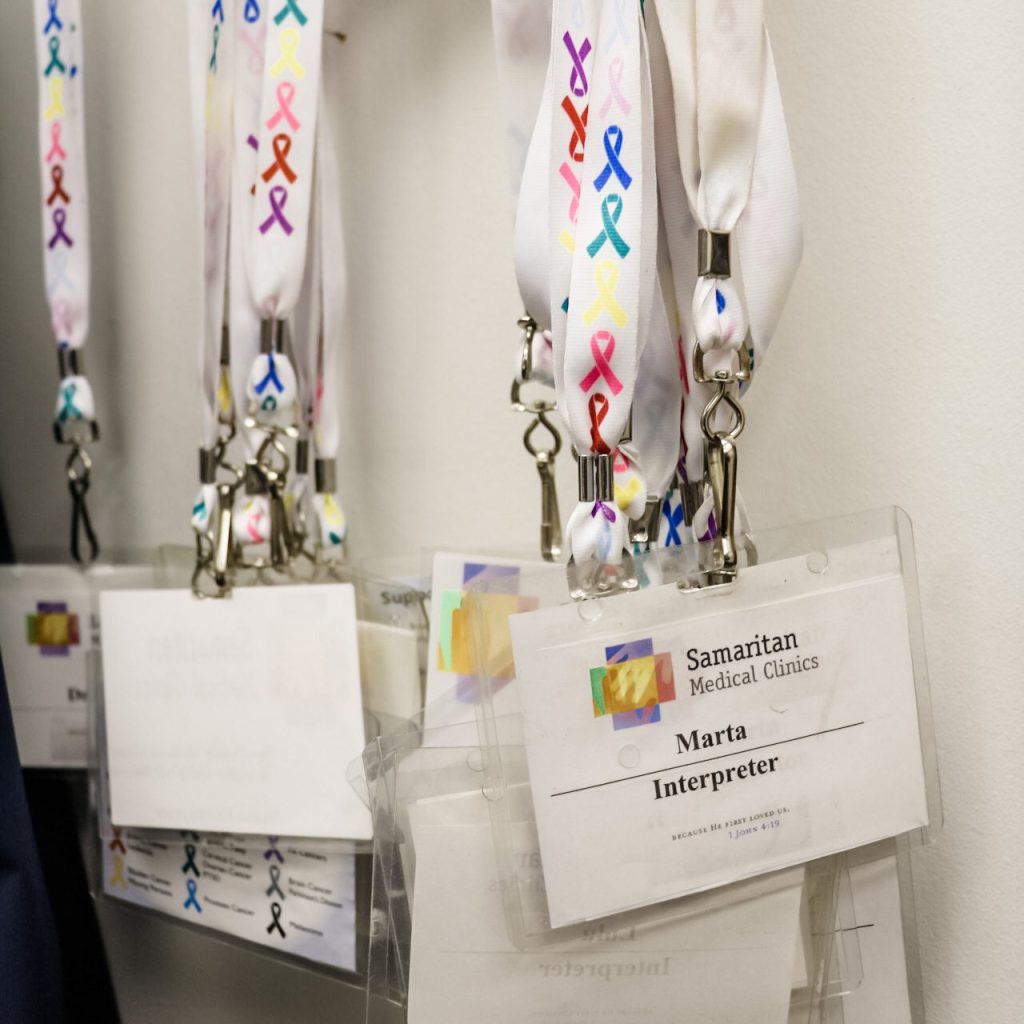 Get to know Dr. Tom Hinson, a full time pulmonary critical care physician in private practice and one of the regular providers at Southside Medical Clinic.

There was a bit of a chill in the Southside Clinic on an early February morning, a few masked people being screened and triaged and then ushered down a hallway lined with arched stained glass windows. The waiting room was filled with bilingual information for various resources available in the city; dinner distributions, vaccination information, Imprints care,, diabetes education, etc. I could hear the soft quick taps of a sliding scale as a nurse was obtaining vital signs and the faint hum of a centrifuge spinning blood work nearby. From the center exam room emerged Dr. Tom Hinson, a full time pulmonary critical care physician in private practice, and one of the regular providers at Southside Medical Clinic.

Dr. Hinson is native to North Carolina and moved to Winston-Salem when he was accepted into a residency program at Wake Forest Baptist Hospital School of Medicine. During that time he was urged by a friend to attend a weekly breakfast downtown, organized by Samaritan Ministries, where shelter guests are provided a meal.

“I put it off for a long time and finally went down there and I was completely aghast by the need; I had no idea,” Hinson said, remembering his experience as a young resident. He helped serve breakfast to the shelter residents for a year, and then decided to see if there was also a medical need. He met with his church, gathered other medical professionals, and met regularly with other agencies in town including the health department and Crisis Control Ministries. In 1986, he helped form Samaritan Medical Clinics, a 501c3 Christian non-profit organization that provides free medical and dental care to those uninsured.

“We didn’t do it alone, but did it with community connections,” Hinson said.

Samaritan Medical Clinics relocated to the Rescue Mission in 2005 and two years later another clinic opened at Southside Baptist Church. Each clinic is open 2 mornings per week, staffed by volunteers including interpreters, nurses, advanced practice providers, physicians, and dentists. There is a clear network of resources being employed to ensure excellent medical care, from Healthcare Access to Lab Corp, the public health department to the Breast Clinic, Crisis Control pharmacy to radiology reads – multiple services and organizations offering free services.

“It’s too much for one. It’s everyone doing something that makes it work,” said Hinson.

Motivated by his convictions for social justice, a response to what God has done for him, and a passion for medicine Dr. Hinson has faithfully run these clinics now for 36 years without pause.  He states, “it was just a very peripheral extra thing at the time that has ended up being the main thing for me. It’s something God has called me to do, he equipped me to do, and he made it happen. And when I’m doing that, I sense God’s pleasure.”