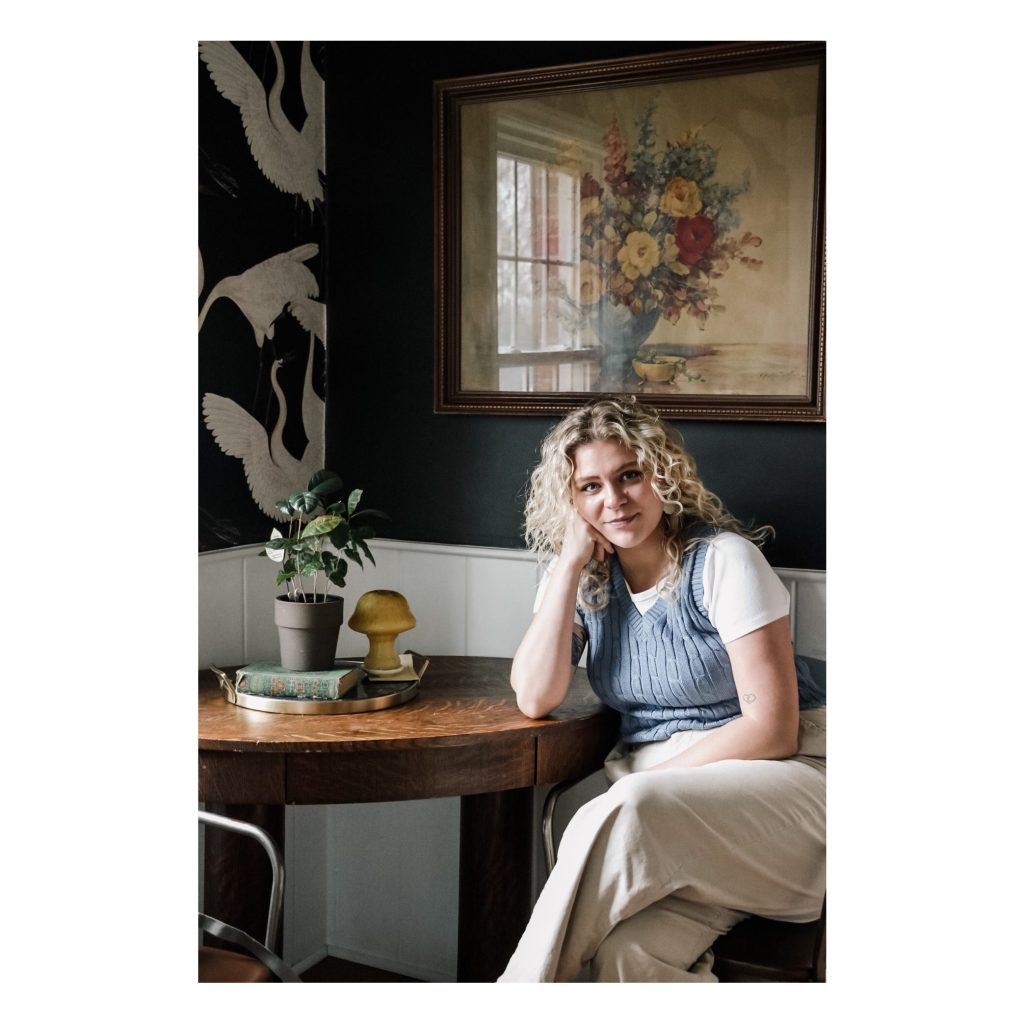 Get to know Victoria Elliott-Gingerich, a local musician in the bands Victoria Victoria and Posture.

As I was sitting on the stairs of my home, the coarse brick surface contrasted with the glowing sunrise and smooth coffee, I listened to the aching lyrics “if I could write this song away, trade every word for healing.” The song February by Victoria Victoria is a story of “unbearable sadness” sung soulfully to gentle piano notes and synths of deep timbre. Victoria Elliott-Gingerich wrote this song on behalf of a friend and included it as the last song on her 2016 album “Coastal Beast.”

“It’s easier to write from something I’m familiar to…such as that moment of anxiety that hits you the minute you wake up, and you are trying to remember what it felt like to wake up without that” referring to a song she wrote for Posture, a band for which she is also a member.  Through healing and maturity, she no longer feels the pressure to transform people with every lyric and song, which feels freeing to the artist and allows her to engage in a more creative process of songwriting. On the new album for Victoria Victoria, she has a song about perfectionism, an area she is learning to overcome in her own life.

Victoria Victoria is often described by others as being in the genre of Indie Pop or Indie Soul whereas the band Posture draws from classical jazz and R&B. “Over the past couple of years, performing with Posture as a different genre really helped me grow and get out of my comfort zone,” said Elliott-Gingerich. She reports “what influences my songs the most is that I love musical theater- there is something about the storytelling within the songs” that she still finds a muse.

Elliott-Gingerich has been composing music, writing lyrics, and singing since childhood. She grew up in Ohio to parents who are both musicians, and to two siblings who now occasionally play in her band. She also grew up leading music in her local church. “When I started taking classical piano lessons, and as I learned more, practiced more, I realized that by creating music I was also creating my voice as well.”

She moved to Winston-Salem in 2013 to pursue music. “I was working at a bakery where a known sound engineer, Stephen Price, would go daily with his wife. I don’t know what came over me but one day I approached him and I said, I think I want to make an album with you. So I showed him some of my stuff,” she said.  “It was really out of character for me to approach him like that” reports Elliott-Gingerich. They created an album in 2016, and have worked on several projects since then, including another album that will be coming out this year in collaboration with a guitarist and composer, Charlie Hunter.

Elliott-Gingerich works full time for a church in music ministry in addition to being fully committed to the bands Victoria Victoria and Posture. She can be found taking guitar lessons, enjoying a local coffee shop, walking her dog with her husband in “the gem of my heart” neighborhood of Ardmore, and collaborating with local musicians where she has found genuine community.